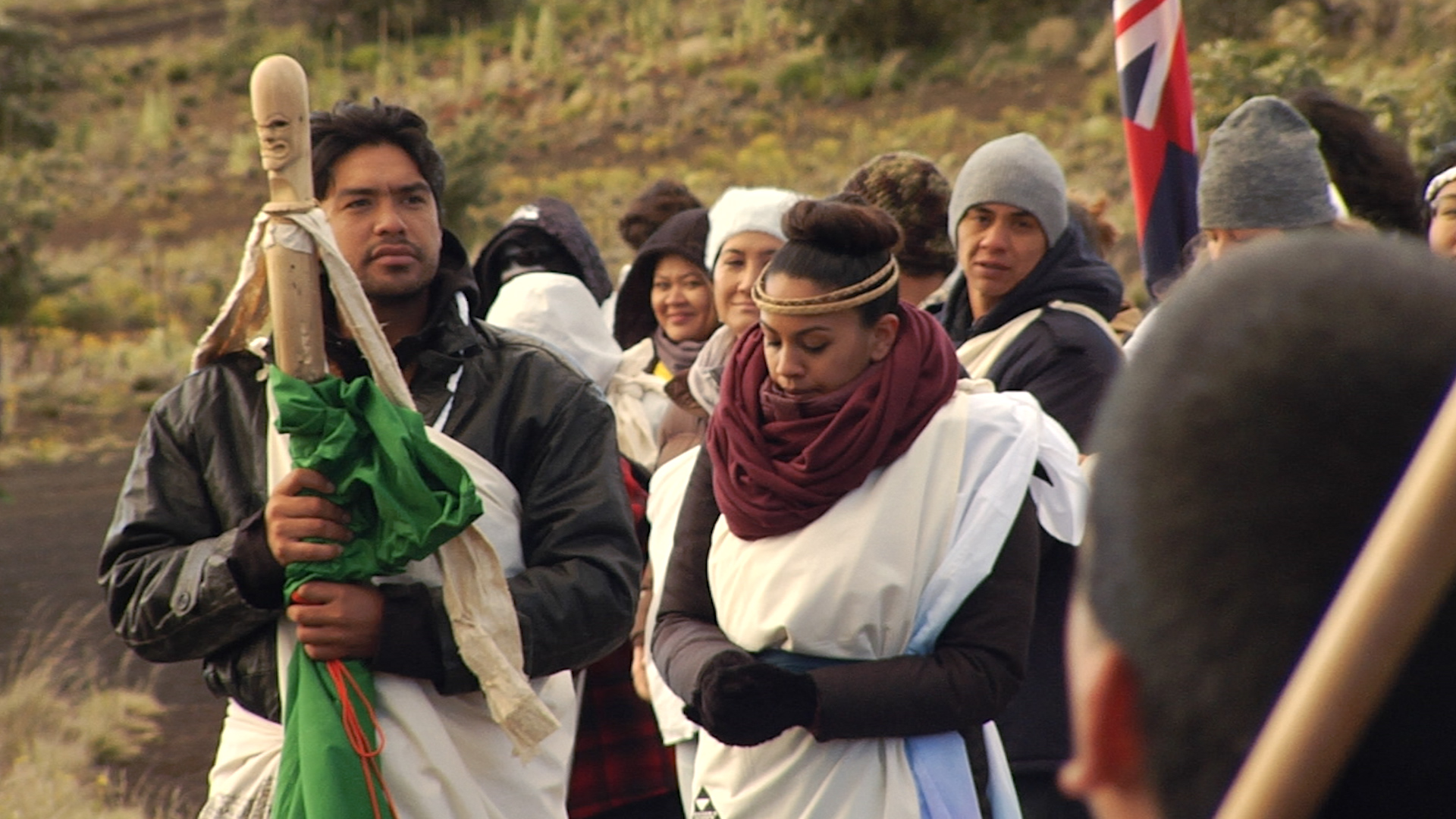 Maunakea protectors observe a traditional change in season through ceremony
and workshops as the supreme court halts construction. 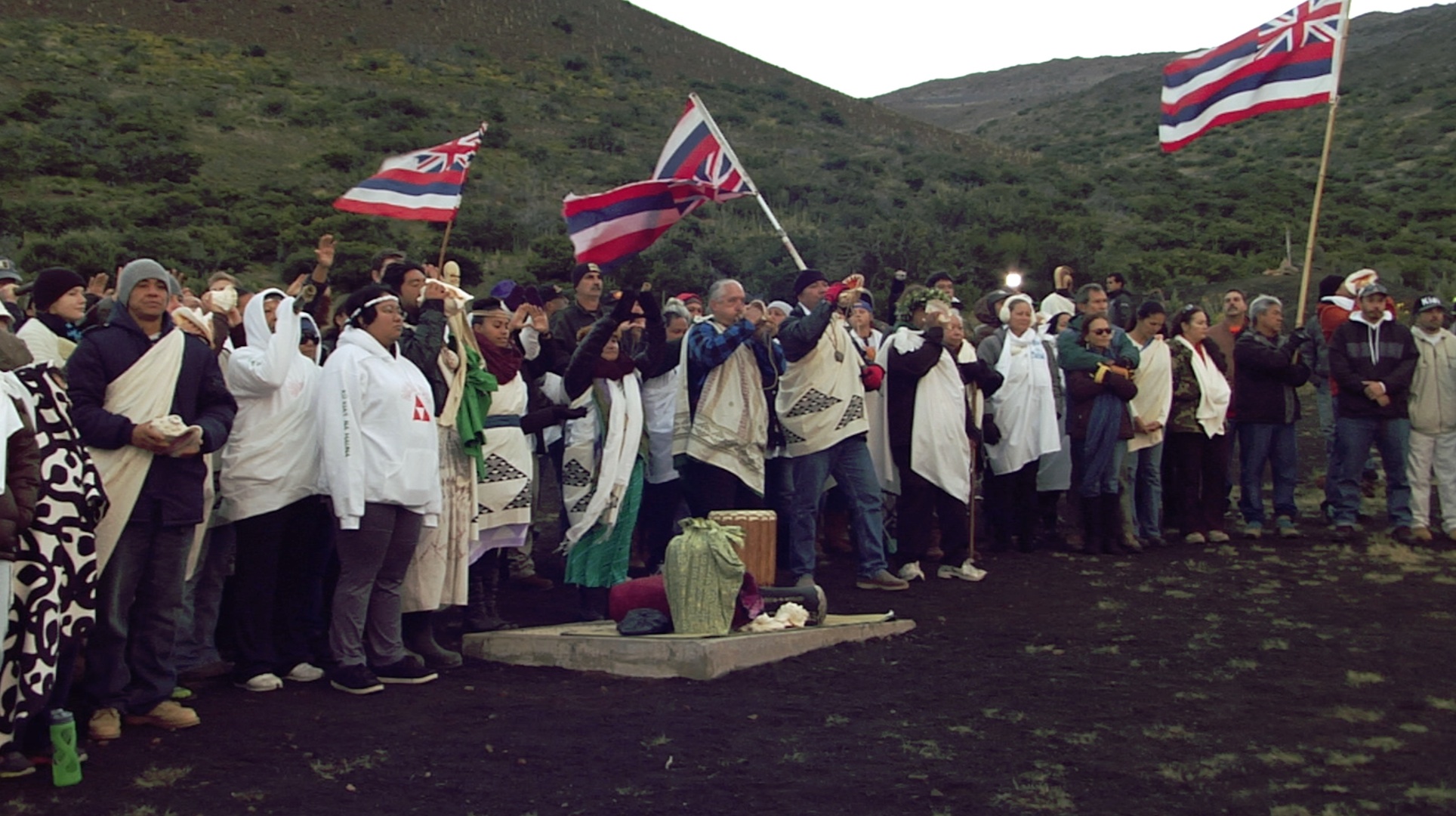 Cultural practitioners and activist celebrate as the Hawaiʻi Supreme Court makes a ruling that
will temporarily halt construction of the controversial thirty-meter telescope atop Maunakea. 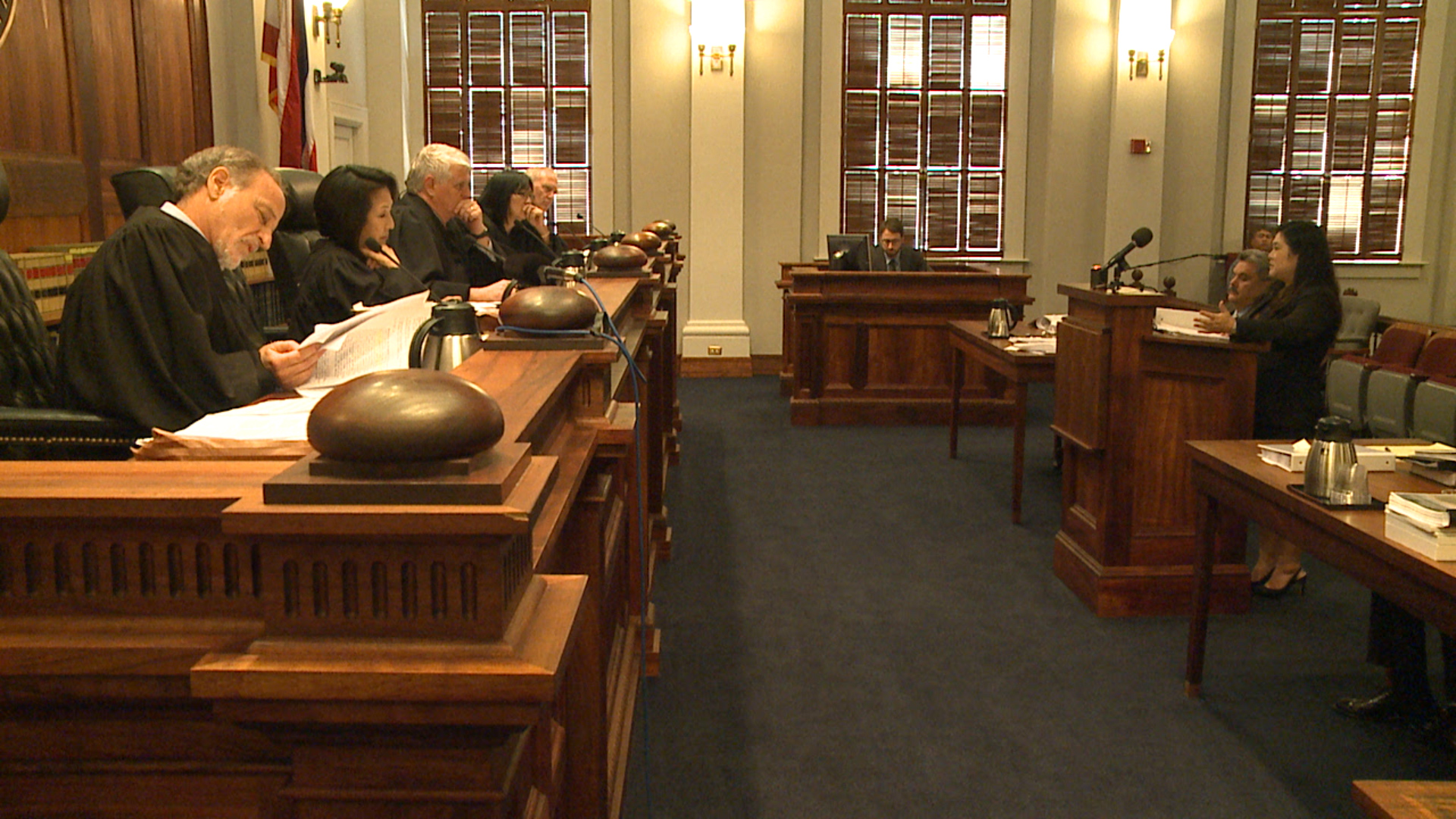 The Hawaiʻi Supreme Court heard oral arguments today for a case challenging the issuance of the
Conservation District Use Permit by the Board of Land and Natural Resources to the University of
Hawaiʻi at Hilo for the TMT project. 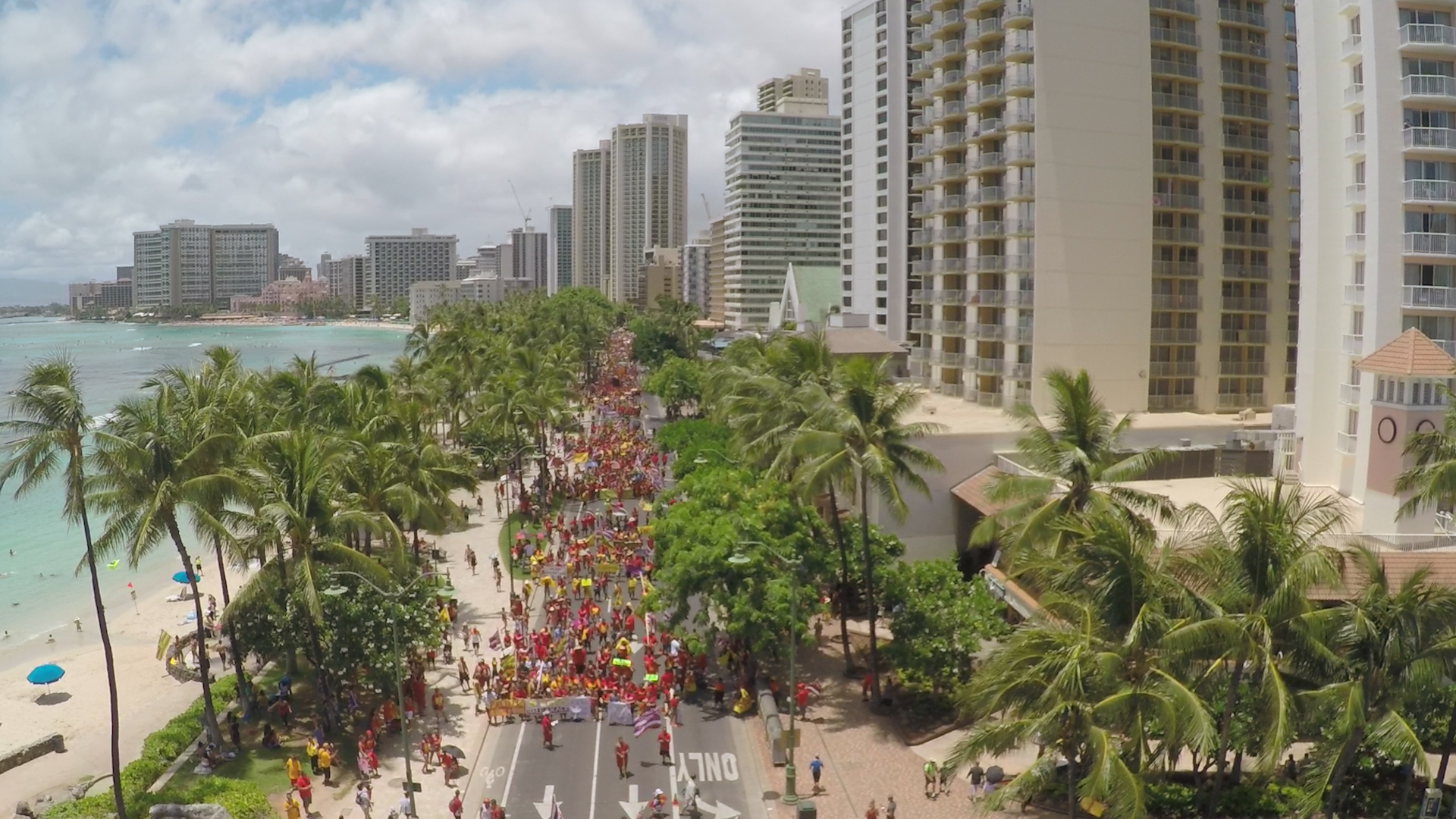 For the Love of ʻĀina

The Aloha ʻĀina Unity March gathered together people from all around Hawaiʻi,
standing together for the protection of our land, natural resources, and way of life. 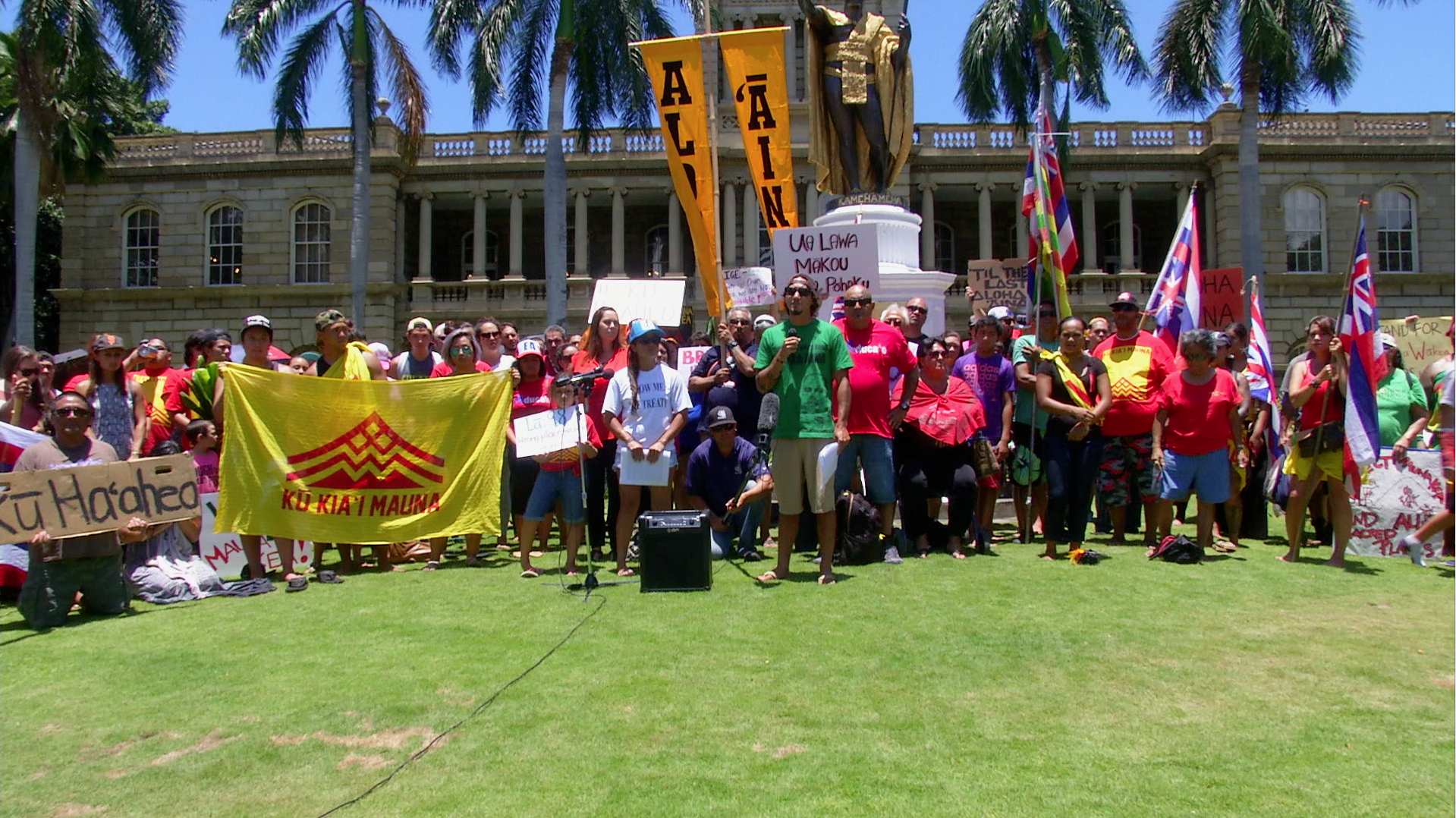 The term may be new but the concept is centuries old.

The purpose of this page is to provide a curated resource to educate and inform our audience in relation to the current social movement centered around a stand-off on the slopes of Maunakea to block the construction of the Thirty Meter Telescope. This resource is a growing and dynamic document built from research and existing online sources and we welcome feedback and additional information.

We have produced several pieces about Maunakea, including the Thirty Meter Telescope in 2009 when the Environment Impact Study was an on-going issue. We will continue our coverage of Maunakea as stories unfold.

Mahalo nui to Nā Maka o ka ʻĀina for producing these important films documenting the modern history of Hawaiʻi. For more of their great work, visit their website to purchase DVD’s or watch them all on ʻŌiwi TV.


Mauna Kea – Temple Under Siege paints a portrait of a mountain that has become a symbol of the Hawaiian struggle for physical, cultural and political survival. The program explores conflicting forces as they play themselves out in a contemporary island society where cultures collide daily.


In a series of four community meetings on Hawai’i island in October of 2001, representatives from NASA and the W. M. Keck Observatory presented their plan to add six new telescopes to their array atop Maunakea, including proposed plans for restoring disturbed habitat of the rare Wekiu bug.


Comments were received from various Hawaiian, community and environmental groups. This program documents one of the Hilo town meetings, held on October 3, 2001.

Here are some excellent online resources to learn more about Maunakea and the issue surround the Thirty Meter Telescope: