Aloha ʻĀina Invite IAU to Discuss Issues Regarding this Place Before Looking out to Space
Posted by ʻŌiwi TV on August 5, 2015 in Maunakea
0 Comments

The International Astronomical Union or IAU is currently hosting their 2015 General Assembly at the Hawaiʻi Convention Center here in Honolulu. While this is a conference that is held every three years, this is the first time they are having it here in the islands.

“Something like 2,700 people are gathered here to talk about astronomy in this place where we have this incredibly large and important discussion and conversation on this conflict between commerce, science, sacredness of lands, and the things that we as a public, as people who live in Hawaiʻi need- the kinds of assurances that we need from our own government that our spaces are going to be protected,” says Aloha ʻĀina spokesman, Jonathan Osorio. “Lilikalā Kameʻeleihhiwa and I asked them for just one panel- one panel in this conference, where we could actually bring these issues in front of this body and we were denied.”

“We said no to let them into the program of the conference because that program was decided long ago. It is very packed. We have denied access to scientists on scientific grounds so it’s not fair to them to open the program now,” Explains Piero Benvenuti, who is General Secretary-elect of the IAU.

Despite not having a voice in the conference, Aloha ʻĀina supporters are still planning to raise awareness in a march that will take place this Sunday.

“What’s really important about this march is that it is not just Hawaiians, it’s not just people protesting the telescope on Maunakea, it’s people protesting a great many intrusions on our lives and this includes environmentalists, it includes people who are- who have been talking about energy, they’ve been talking about agriculture, they’ve been talking about preserving communities and place,” says Osorio. “The unity march is about bringing people together who feel that we have already done so much damage to this precious place and we have to stop. We have to stop doing this, we have to reevaluate how we live, we have to reevaluate who is making decisions about land use and about development in Hawaiʻi.”

“We are not here to protest the conference, we are not here to protest astronomy, there’s no- we have no problem with those things. Our stance on the mauna is simply a poor choice of location,” says Aloha ʻĀina spokesman, Lanakila Mangauil. “And so we have a saying, and again, it’s not meant to be in any way, derogatory toward our astronomy community. “Before we look into space, we need to mālama this place.”

“If some of the participants of the conference want to join the march or look at the march, they are free to do it. But officially, IAU will not participate,” says Benvenuti. “The position of the union is certainly in favor of the development of astronomy and new facilities, and on the other hand, we are also very respectful of the conditions, all the cultural conditions. And so we hope that the dialogue will continue and solve the larger problem, which we cannot make any personal opinion for the union.”

Osorio remains hopeful. “We are hoping that they are going to come and join us. Come down there and listen to us speak, and talk and give our manaʻo through songs and poetry, and other ways.”

Join the thousands who will come together this Sunday to march from Saratoga Street to Kapiʻolani Park in support of Aloha ʻĀina. ʻŌiwi TV will be live streaming for those of you who are unable to attend, so stay tuned. 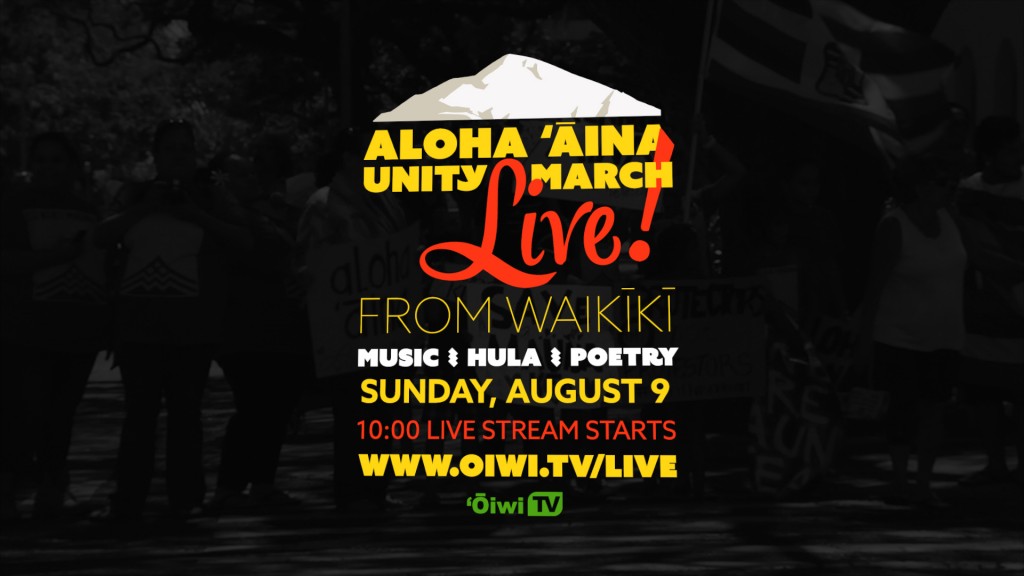